Costa Blanca, or the ‘White Coast’, is located on the southeastern coast of Spain, overlooking the Mediterranean and the neighbouring Balearic Islands and party capital, Ibiza. With year-round sunshine, world-class attractions and some of the best beaches in Europe, Costa Blanca is a great choice of Spanish holiday destination, whether for autumn 2021 or your 2021 break. While the pristine white beaches are the main draw for tourists, there’s much more to Costa Blanca than meets the eye with a number of historic landmarks and cultural attractions to enjoy alongside tourist-friendly water and theme parks.

To many of us, Spain means Benidorm. And with over 4 million annual visitors, the quintessential Costa Blanca resort has …

If it’s glittering seas and sand-swept shores you’re seeking, you’re in the right place. From its welcoming atmosphere to its …

When you jet off to Spain for a break with the family, friends or your partner, you’re pretty much guaranteed …

From €240 per person
View all Costa Blanca resorts

Your guide to Costa Blanca holidays

The glorious white beaches of Costa Blanca are, of course, the region’s main draw. From swimming in the warm waters to lounging in the sunshine, it can be hard to drag yourself away from the beaches. If you do find yourself craving a bit more variety during your holiday, there’s a wide selection of attractions within easy reach on the Costa Blanca. You can delve into the rich heritage of Alicante with a trip to the Museo Arqueologico Provincial, which pays homage to Iberian art and ceramics, or learn more about Spain’s fascinating naval history at Museos Flotantes at Costa Blanca. Here you can climb aboard a submarine to get a glimpse of what it’s like to live below the seas, or explore an old customs boat. You can hit the pristine white sands of Benidorm, the proud owner of some of the best beaches in Spain, or visit the scenic Algar Waterfalls on the outskirts of Callosa d’En Sarria.

As you’d expect from a region called the White Coast, the beaches in Costa Blanca are something to write home about. The White Coast lays claim to a staggering 200 kilometres of beaches, which are located in the Alicante province and enjoy a warm Mediterranean climate. Playa de Levante is one of the most iconic Costa Blanca beaches and is known as Benidorm’s Sunshine Beach. Alongside the long stretch of immaculately-kept sands, Playa de Levante has a Blue Flag accreditation thanks to its great facilities, year-round lifeguard patrols and pedestrianised promenade. Playa de San Juan is five kilometres long and is pristinely clean, with the odd patch of swaying palm trees and calm, warm waters that are like stepping into a bath.

A lovely little beach with a more secluded feel and dramatic views, Cala Ambolo is just 300 metres long, and has a shingle and pebble shoreline and crystal-clear waters – but please note that this is a nudist cove. For a family-friendly beach, head to Playa de la Fossa, a gorgeous white sandy beach with plenty of parking and fishing trips available from the boats in the harbour. Here you can enjoy views of the striking Penyal d’Ifac, a huge limestone rock that rises out of the seas on the horizon.

As one of the most-visited tourist areas in Europe, Costa Blanca has plenty of options when it comes to food, guaranteeing there’s something to keep everyone happy. It goes without saying that traditional Spanish food is available in abundance in Costa Blanca, as well as typical Irish, British and Scottish dishes, and international favourites such as curries and traditional American burgers. Costa Blanca is famous for its local food specialities which are well worth a try when you’re in the area. One of the staples of Costa Blanca cuisine is seafood, with shrimp and fish used in numerous delicious dishes alongside tantalising herbs and spices. Paella is a must-try when you’re in Costa Blanca, a popular Spanish dish that includes rice, seafood or chicken, green beans, tomatoes and olive oil. The dining scene in Costa Blanca is particularly tourist-friendly as many restaurants serve tapas, a variety of small dishes served at the same time. Some of the most popular tapas options include sardines, artichokes, meatballs, and cold meats such as ham and olives, all of which are served with bread. The traditional drink of Costa Blanca is sangria, a vibrant alcoholic drink made with red wine, fruit and orange juice.

If you’re looking for a Spanish holiday destination that gives you almost endless nightlife opportunities, Costa Blanca is a great choice. Here you can dance the night away in Benidorm or take a trip along the coast to enjoy more traditionally Spanish nightlife at bars and restaurants. As a Costa Blanca mega-resort, Benidorm draws in tourists from around the globe with its visitor-friendly nightlife scene. At the KM Club in Benidorm, you’ll find a huge dance space with capacity for around 5,000 people, 12 bars spanning three floors, outdoor garden areas and even a swimming pool. Better still, the KM Club pulls in famous international DJs so you could find yourself dancing to chart hits with a superstar DJ.

For a glamorous nightlife experience try the Benidorm Palace, which runs four times a week and features traditional cabaret-style dancing and breathtaking stunts. With a children’s menu and free admission for under-10s, this is a great choice of venue if you’re holidaying with the kids. For a more sophisticated night out, try drinking waterside at Zensa in Denia. This chic venue has clean white decor and a more exclusive feel, with a private pool and spectacular lighting displays above the seating space.

At the southern end of Costa Blanca you’ll find Torrevieja, the playground of Costa Blanca. If you’re scratching your head trying to come up with ideas on how to keep the kids happy, here you’ll find everything from bustling beaches to a salt lake and even a submarine to explore. Aqualand water park is one of the main attractions in Costa Blanca and has some 15 rides, including several of the tallest in the world. For even bigger thrills, head to the Terra Mitica theme park, which has thrilling rides for all ages, a mind-bending 5D cinema, live shows and acrobatics displays. Another excellent family-oriented attraction is the Iberia Park, which has tamer rides suitable for young children, pirate-themed live shows and a parent-friendly spa zone so you can have those knots worked out while your kids play. Some of the attractions in Costa Blanca are particularly cutting-edge and will have your kids eager to boast about their summer holidays when they head back to school. These include Terra Natura, a contemporary wildlife park with a ‘Zooinmersion’ section that allows you to safely get within a few inches of majestic safari animals including rhinos, elephants and even tigers thanks to a near-invisible pane of glass.

If you’re looking for the ideal romantic holiday destination for your 2021 holiday, Costa Blanca has all the stunning scenery, first-rate attractions and authentic culture that make for an unforgettable couples break. Costa Blanca’s laid-back ambience and incredible natural beauty make the ideal backdrop to a romantic adventure with your significant other and spending plenty of quality time together. If you don’t mind the walk, it’s well worth walking to the top of the old town area, to Placa del Castell to enjoy the views. With breathtaking scenic views across the beaches of Benidorm, this is a wonderful place for a surprise proposal or romantic picnic. On your way back, you can stop off at one of the many tapas bars in the winding streets, and explore the traditional art and craft stalls. If you like the idea of romantic views but the challenging walks, visit the pretty town of Guadalest, which is located on top of a sheer cliff face. If you’re looking for that ultimate romantic experience, try a scuba diving or snorkelling excursion at Moraira. The clear blue waters and secluded beaches are great for couples that enjoy getting up close and personal with nature, and prefer a more tranquil experience.

Whatever your favourite sport, you can enjoy it at Costa Blanca. Few places on Earth offer the diversity of outdoor activities and pursuits that Costa Blanca does, from golf to hiking, and wildlife watching to taking a dip in mud baths at Mar Menor. One of the most memorable outdoor excursions is taking a hike along the 1.5-kilometre walkway over the Algar River, offering incredible views of the stunning Algar Waterfalls. The Macizo del Montgo Natural Park is nestled between Moraira and Denia, and offers a more secluded space for a relaxing time, with guides to all the park’s walking routes available at the Denia Tourist Information Centre. For a two-wheeled adventure take a bicycle ride at the Torrevieja nature parks, where you’ll find salt lakes and flocks of herons, gulls and bright pink flamingos. Santa Pola’s strong coastal gusts are ideal for exhilarating kite surfing sessions, while if you’re looking for the ultimate exhilarating Costa Blanca activity set yourself the challenge of scaling Montgo Mountain.

Costa Blanca has a polished modern exterior that reflects its status as one of the most popular tourist areas in Europe, but peel back the top layer and you’ll find ancient Spanish heritage shining brightly. At Denia you can get a glimpse of Spanish heritage in the town centre, a scenic area that continues to inspire artists and screenwriters. Alicante is an area particularly rich in cultural attractions including traditional tavernas and vineyards, giving you the opportunity to see how Spanish wine is made. Visit the old church of Altea to see the legendary blue-and-white-tiled dome, or snap pictures of the Moorish landmarks in Adsubia. The MARQ Provincial Archaeological Museum is the ideal place to keep all the family entertained while learning about the various historic civilisations that inhabited Costa Blanca. 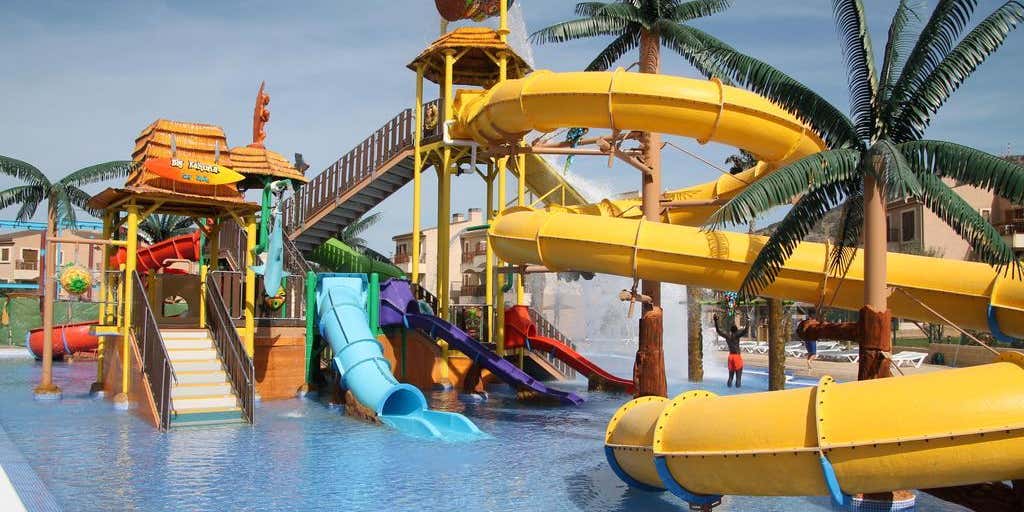 From €232 per person Check availability 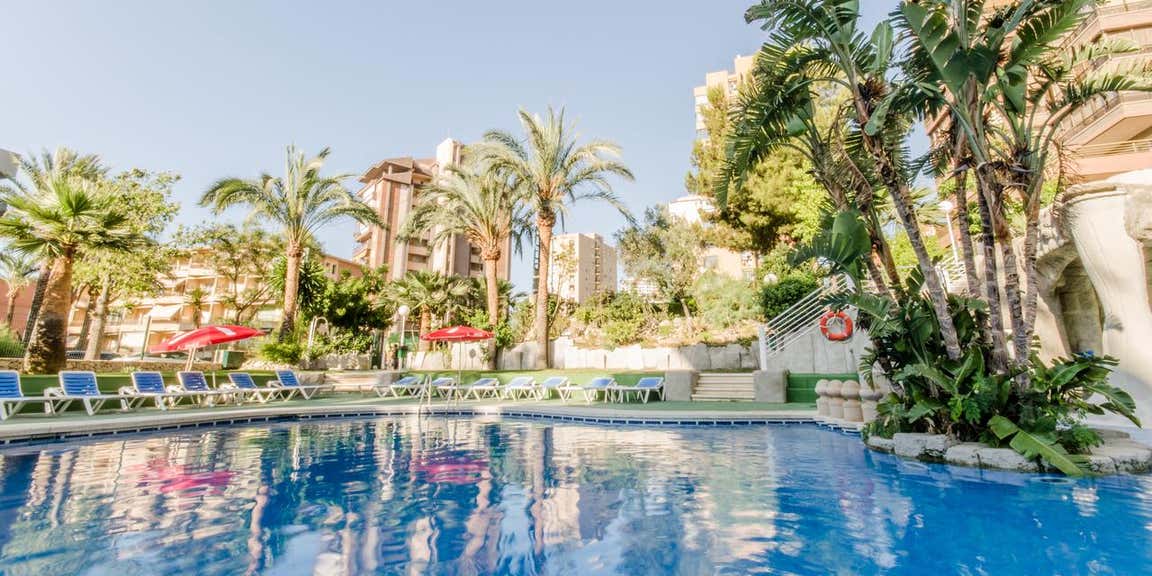 From €175 per person Check availability 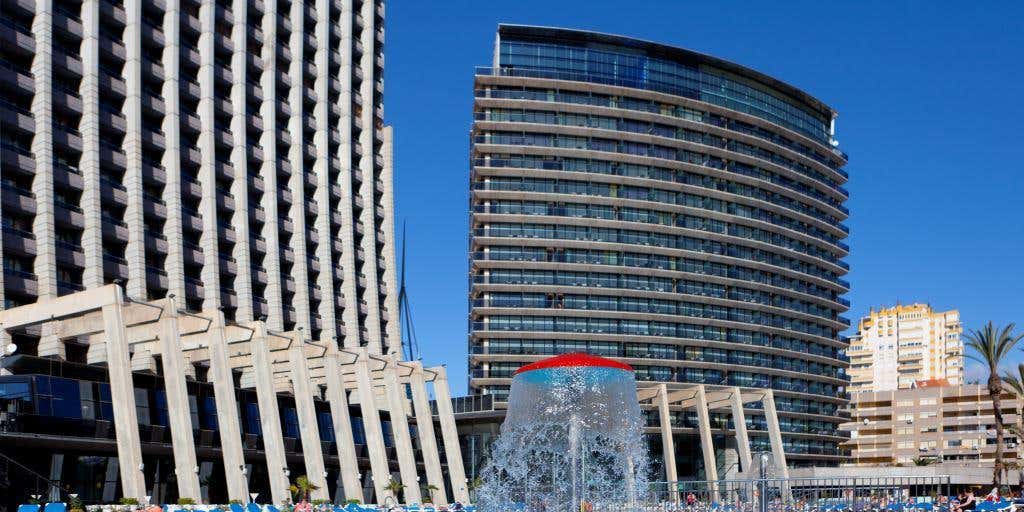 From €309 per person Check availability 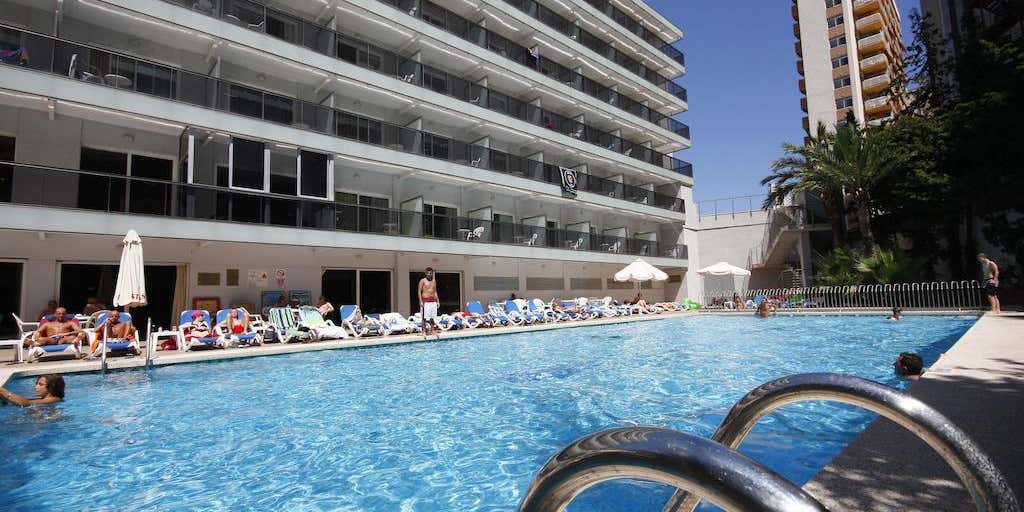 From €319 per person Check availability 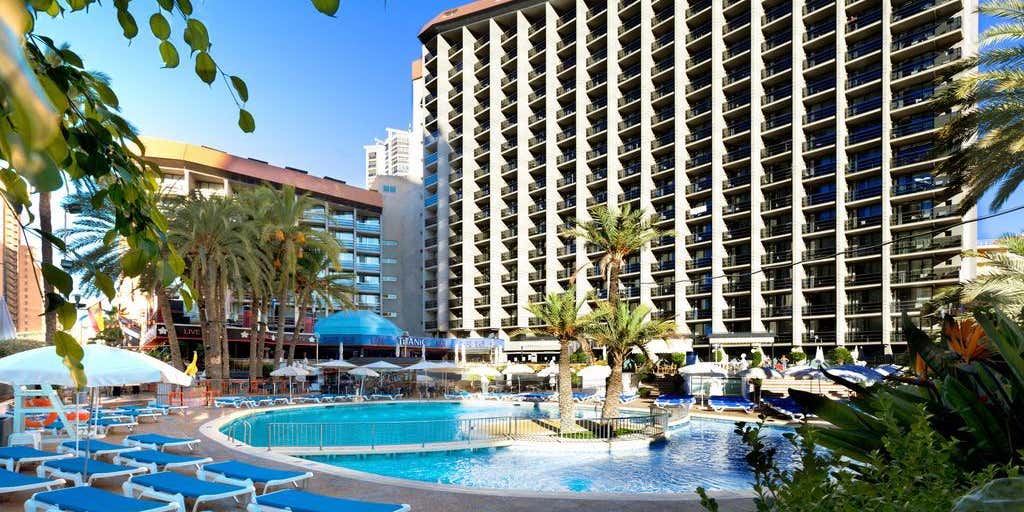 From €391 per person Check availability 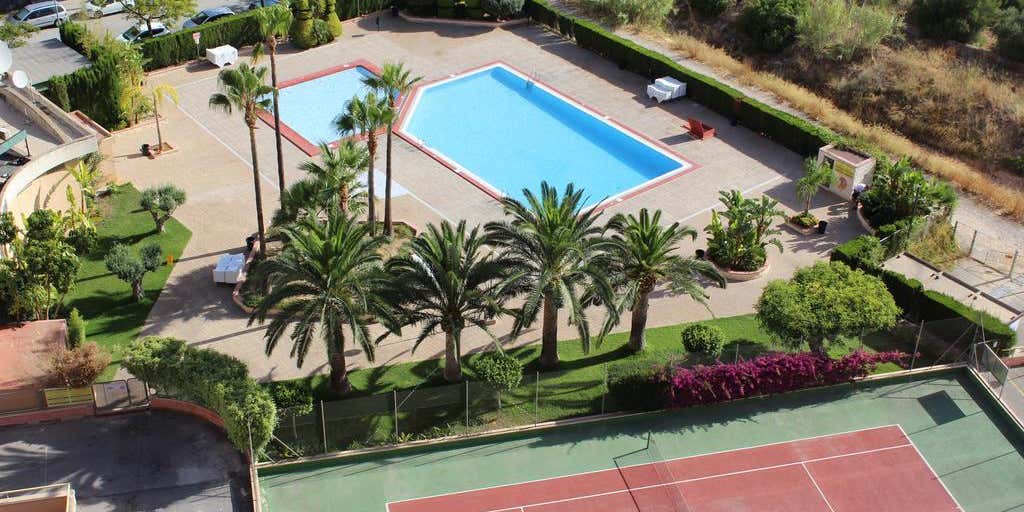 From €212 per person Check availability 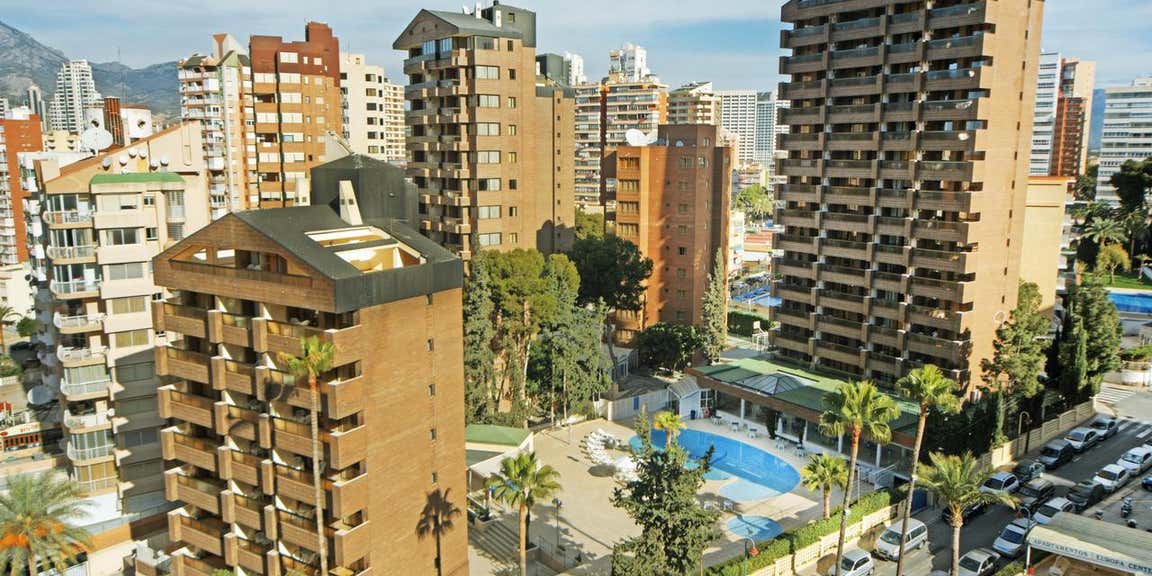 From €225 per person Check availability 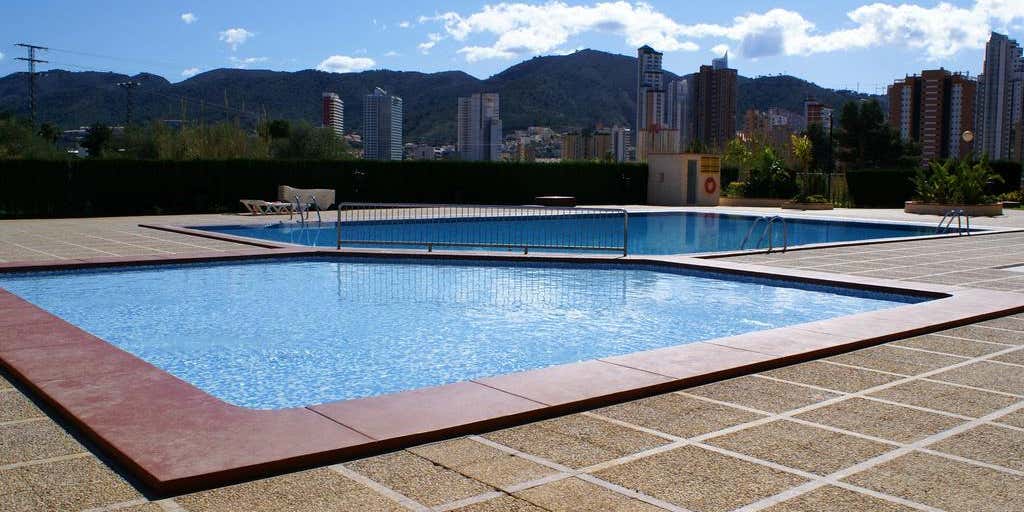 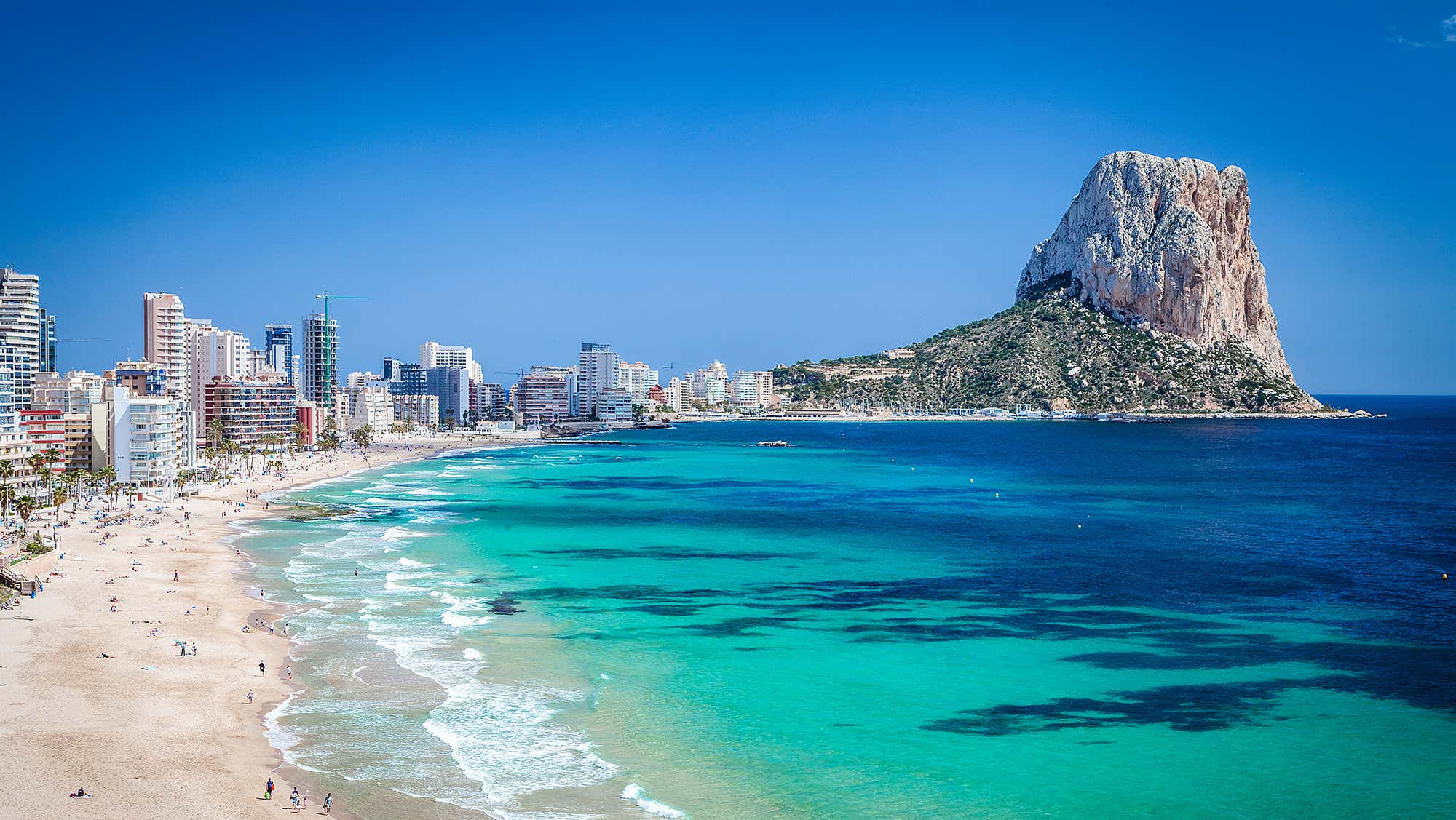